The autumn gathering for South Coast Sabres was like a heatwave in Antarctica: cold but brilliantly sunny! As usual, a container ship tried to join in (below) but had to be turned away, just as the yachts on the outside berths were getting their fenders ready. If the committee could offer associate membership status to container ships, it might be quite profitable. 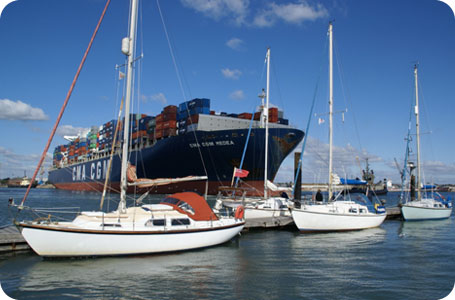 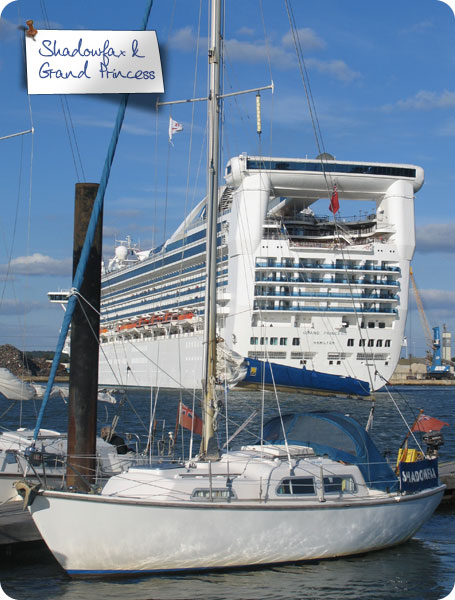 Some of the newer members had turned up last year, inspected other Sabres, made improvements to their own boats, and were back for more ideas. As usual, the Marchwood Yacht Club moorings were ideal and the hospitality excellent. 25 members sat down to dinner, the galley staff excelled themselves and the overall experience offered all the pleasures of a good pub with none of the drawbacks. 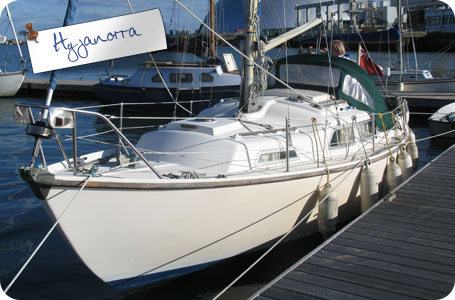 The now-traditional Sabre Quiz resulted in the award of another traditional, unhealthy, fattening prize and the breeze even stayed fair for a smooth Sunday sail down Southampton Water.

What more could we ask? 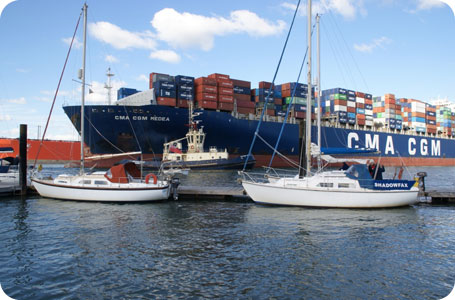